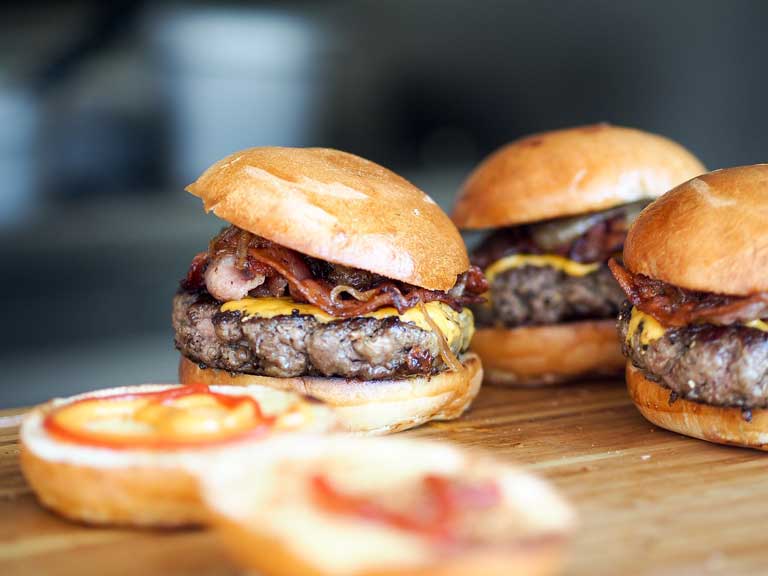 Now, don’t tell me you don’t, cause today we’re going to discuss these only. Hamburgers are a treat to the tongue.

The layers of ground meat, toppings, and buns make a delicious combination together. However, this isn’t very famous among the vegans.

God! I miss Hamburger. Turns out me becoming vegan was not a good choice after all.

Honestly, on my part, I don’t see the logic behind it. However, there is only one way to know for sure. So, let’s rush right into the article to know more about it.

Hamburger is surely one of the most consumed snacks in America or even in the world. But there are always discussions and arguments about whether the buns in the burgers are vegan or not.

There are a lot of confusion around this as the people don’t really know for sure.

Burger Buns are consumed in many ways as people try and prefer multiple creative and sometimes weird dishes. But, are hamburger buns vegan? This debate about the buns being Vegan or not isn’t going to end soon.

So, I’ve taken the matter in my own hands to look into the matter.

Interestingly, the buns are of both types. Typically, the buns are vegan, but not every one of them. The vegan buns do not contain animal or milk products or eggs. Other than that, they’re pretty much vegan and okay to eat.

About Yeast in Hamburger!

One more thing that confuses people is yeast. People think that the buns contain yeast, hence making them non-vegan food items. That is entirely not true.

The yeast is found everywhere. It is a fungus and it is present all around you. Yeast can be found in the air, the clothes, your skin, and other places as well.

Also, being related to a fungi family, it is not an animal product, meat or something non-vegan.

Who knows, maybe we’ll cover this in our next article. So, make sure you keep visiting our website if you wanna know.

Coming back to vegan hamburger buns, let's discuss what buns or bread are vegan, just so you can know. Bagels, sandwich, and flatbreads, etc. are vegan and you must not have any problems with them.

So, eat up guys. However, you might wanna keep an eye on other bread that is soft, squishy and more of a spongy type.

Now, we’ve another type of people waiting around. So that we’ve made it clear if the buns are vegan or not, we’ve health conscious people next in our list.

Guess what? Duh! Who doesn’t wanna know how many calories in hamburgers are there to consume?

From tasty burgers to boring healthcare topic, let's see what does the buns have in store for us.

How many Calories are there in Hamburger Buns?

Let’s be honest. Doesn’t matter how many calories it has, nobody’s going to stop eating hamburgers.

Right? Wait… Are we?

I don’t know about you but I am certainly not. By the way, hamburger buns are rich in fat, even more in carbohydrates that mean high calories.

The calorie count can vary depending on the type of bun. A classic basic hamburger bun or roll contains around 120 calories.

Let’s break this down further for our health-conscious friends out here. Calories can be obtained from fat as well as carbohydrates.

A single gram of carbs contains four calories. Guess how many grams of carbs a classic hamburger bun can have? A whooping of 22-25 grams! That adds up to more than 85 or even 90 calories in your burger. And wait till you add the calories from fat into the equation.

However, mixed-grain and calorie reduced buns contain 19 and 17 grams of carbs respectively.

Now, let’s discuss the calories obtained from fat. A single gram of fat contains, expectedly 9 grams of calorie. Since a classic bun contains 2 grams of fat, that adds up to 18 calories.

The mixed-grain and calorie reduced contain 3 gram and 1 gram of fat respectively.

Hamburgers Buns- Yes or No?

Let’s be honest, hamburgers are a treat and a proper snack. It’s even better if we have both vegan and non-vegan buns available for us.

Wait, on a serious note, whether it's vegan or not, they add a lot of calories to the diet. So, make sure you calculate the calories you’re putting inside you cause my friend, health matters.

Can You Eat Burger For Breakfast?