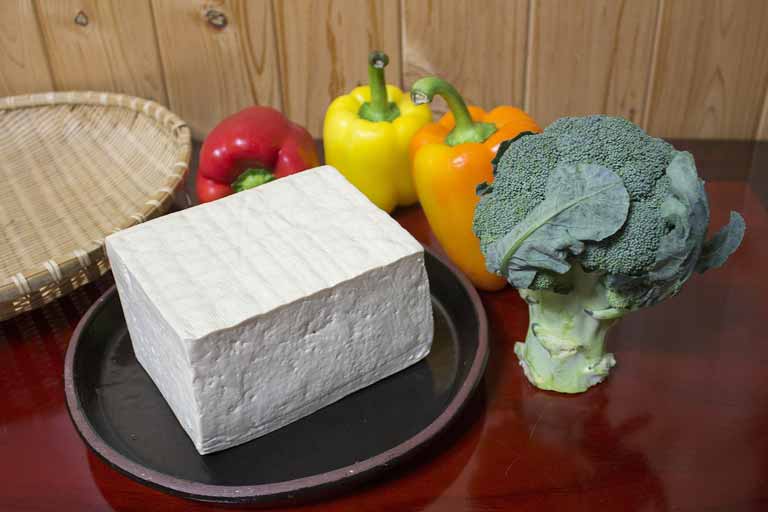 Tofu has received a lot of attention in the media recently.

It has been eaten in South East Asia for thousands of years, however, it has gained attention in other parts of the world due to its reputation as a safe and healthy alternative to meat.

Despite the trend of eating tofu, many people outside of south-east Asian culture have little knowledge about it, other than its appearance as a solid white block.

What exactly is tofu and what is it made out of? Is it vegan, and is it safe to eat These are the questions that this article will be answering.

Tofu is essentially 'bean curd.' The term tofu comes from a Japanese word, which is itself borrowed from the original Chinese equivalent (doufu), which literally means curdled or fermented bean.

It is made by producing soy curd from coagulating (or curding) soy milk, which is produced from soybeans.

The process is also done by adding acidic substances to the liquid, which then curds the milk, creating a solid substance. The curds are then pressed into solidified rectangular blocks.

Tofu has been a staple of traditional cuisine in South East Asia and Indo-China for thousands of years, having been first recorded during the Han dynasty (between 206bc and 202ad).

Due to the influence of China on the whole of Indo-China and South East Asia during the period, tofu is also a staple in countries such as Japan, Korea, Taiwan, Thailand, Vietnam, Indonesia, and others.

It is used in both savory dishes in place of meat, as well as sweet dishes such as Douhua (tofu pudding).

Due to its importance as a staple in South East Asian countries, it has been recorded that tofu was also used as food offerings at Shinto shrines and graves of deceased relatives in the past.

Tofu is generally a bland and tasteless substance, so has been used widely in many different dishes.

It is also known for its ability to absorb flavor, and you can even buy flavored tofu which is pre-marinated soy sauce or chili sauce. Additionally, tofu can come in a variety of firmnesses, from extra soft to extra firm, and there are endless varieties due to the age of the tradition of tofu and presence in the diets of people from many different cultures.

Since tofu is made from soybeans, it does not contain any animal product. This means that tofu is vegan.

In fact, tofu was popularised due to the spread of Buddhism in South East Asia, since it provided a good alternative to protein in the vegetarian diets of some Buddhists, especially those practicing Zen Buddhism.

It is even said that tofu was invented by Prince Liu An of the Chinese Han dynasty (c.179-122bc), who lived with Buddhist monks at a time.

Whilst the truth of this legend is questionable, it does convey both the ancient tradition of eating tofu and the link between the making of tofu and the spread of Buddhism in Southeast Asia.

It is due to tofu's lack of animal product that tofu has become a staple in the diets of vegetarians and vegans worldwide.

If you are convinced to buy a tofu press, you can see our review on that.

How much Tofu is safe?

On the whole, tofu is not only safe to eat, but also very healthy.

It has a low-calorie content yet is high in protein. It is also high in minerals such as iron. Depending on what acidic substance is used to curd soy milk, it can also contain levels of calcium and magnesium.

A 1995 study at the University of Kentucky also found that soy products such as tofu can lower bad cholesterol and therefore lower the risk of heart disease, although it is important to note that it did not increase good cholesterol.

However, if you are allergic to legumes such as beans or lentils it is advised that you do not consume tofu since it is produced from soybeans.

It is also important to note that while tofu is a good alternative protein source for vegans, it does not contain vitamin B12 which is found in meat products.

Finally, it is best not to eat too much tofu as it can cause indigestion if eaten in excessively large amounts. It is best to not eat it more than two or three times a week.

In conclusion, tofu is a processed product, made from producing curd from soybeans, which is then pressed into blocks.

Originating China during the Han dynasty, it has been consumed by people from South East Asia for thousands of years and was popularised with the spread of Buddhism, which advocated a vegetarian diet.

The product is a great, safe and healthy alternative to meat, and is an excellent source of protein for vegans.

However, it is important to be aware that it is not safe for those who are allergic to legumes such as soybeans, and it can cause indigestion if it is eaten in excess.

Furthermore, if you are eating a vegan lifestyle, tofu does not provide a source of B12 and so you will need to take vitamin supplements if on a vegan diet.